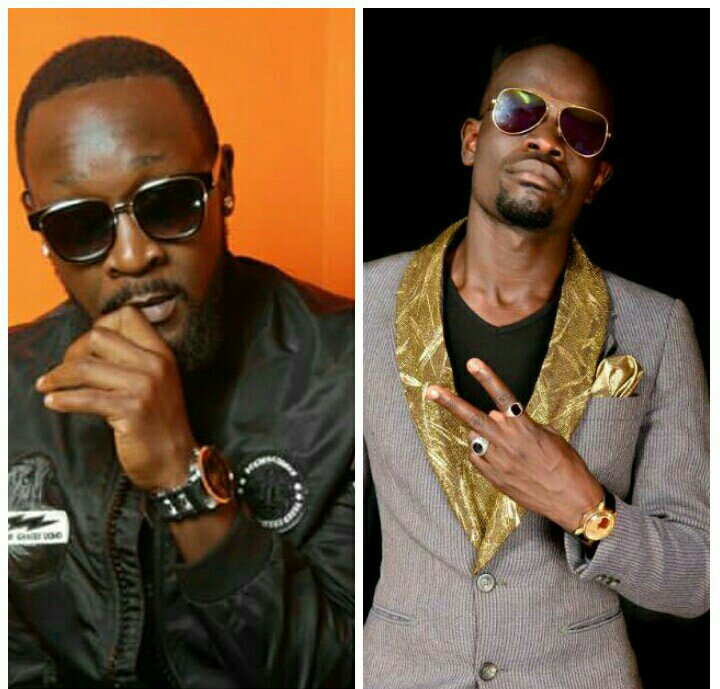 Bigpin has been quiet lately until the other day when he released the new video GINENE done by pacho records.

Katalang however has been noisy on social media from three months ago when he started marketing the same song title GINENE. 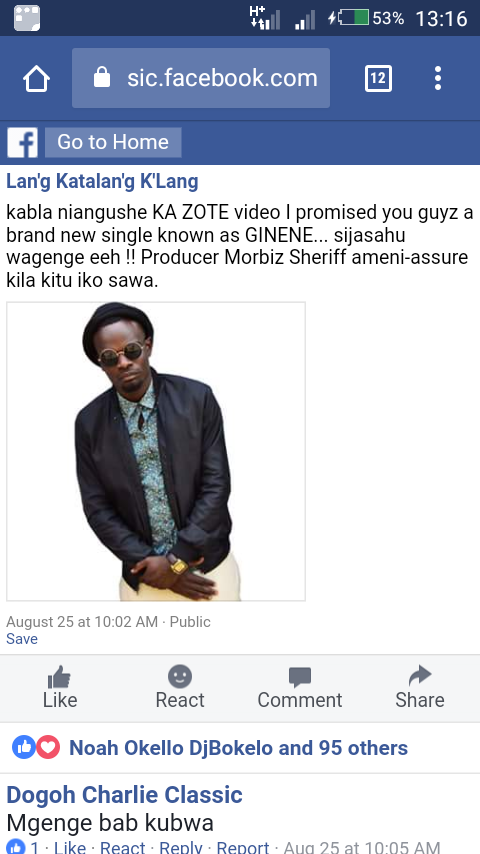 What a coincidence ,or lets call it a bombshell on poor Katalang’. The genge artiste is very uncomfortable with the fact that he is going to sound like a cover maker once he releases his own version but he is not quitting yet.

Soon as Bigpin released his Ginene on social media Katalang was one of the very first persons to share the link with a caption hinting he has the same title too up for next release.

Wherever Bigpin is he is not aware of Katalang’s intentions maybe but he should have seen the latter’s whatsap status update this morning. Katalang has decided to release his own Ginene this Friday.

This could seem as mere gossip but did you know that it will be uglier and messier when Katalang’s jam eventually gets to funika that of Bigpin?

My advice to Katalang. Please stubborn brother,do not release your music if you know it wont match that of Bigpin ,that will be the end of you.

To Legendary rapper Bigpin ,it will be too unfortunate for you if Katalang’ smashes your new song n puts it on the dustbin . If he doesn’t,Kenyans still will.

To those who didn’t know Big Pin and Katalang have previously done a song dubbed TIASO together.
Otherwise all the best to both of you.